Why We Moved to Southern Oregon

Most plans that involve wine come together quickly. Find a friend or ten. Meet up at a house or a restaurant or a bar where you can throw axes under the influence. Open a bottle or two. Chat. Laugh. Maybe involve some charcuterie on the side.

But for some people, that just isn’t enough. 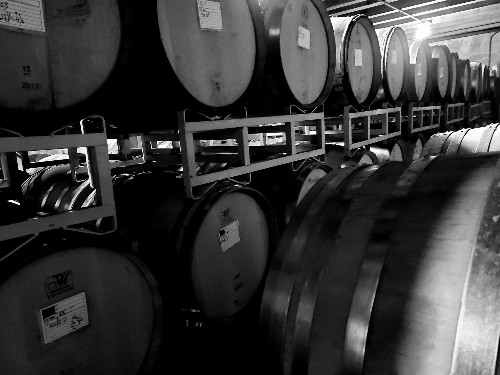 Kimberly is one of these people. As an undergraduate, she lived in Chile as an exchange student. Visiting wineries and drinking good wine with other students, she caught the wine bug. She drank it. She read about it. She talked about it. She traveled to more wine regions. She tried making it in her basement in Virginia.

And she learned that wine made in your basement after a three-day semi-truck ride from Lodi generally isn’t very good.

But after years of striving to draft the perfect proxy statement, she wasn’t about to throw in the towel on winemaking. She had the dream. She had the spark. What she needed was a better location.

Fortunately, her husband Kirk hails from a small valley in Southern Oregon with a Mediterranean climate suited to growing wine grapes. This valley was home to multiple new AVAs—officially recognized American wine regions—and a nascent wine industry. Aside from the Pinot Noir that Oregon is best known for, Southern Oregon was beginning to produce world-class Syrah, Malbec, and Tempranillo, among other wines.

And, most importantly, Kirk already had roots there. For him, it would be something of a homecoming…

They packed their bags and flew to Ashland, Oregon, where promises of better wine awaited.

Hey, if you like reading about wine, you’ll definitely enjoy drinking it. Check out the Resistance Wine Company’s best bottles!